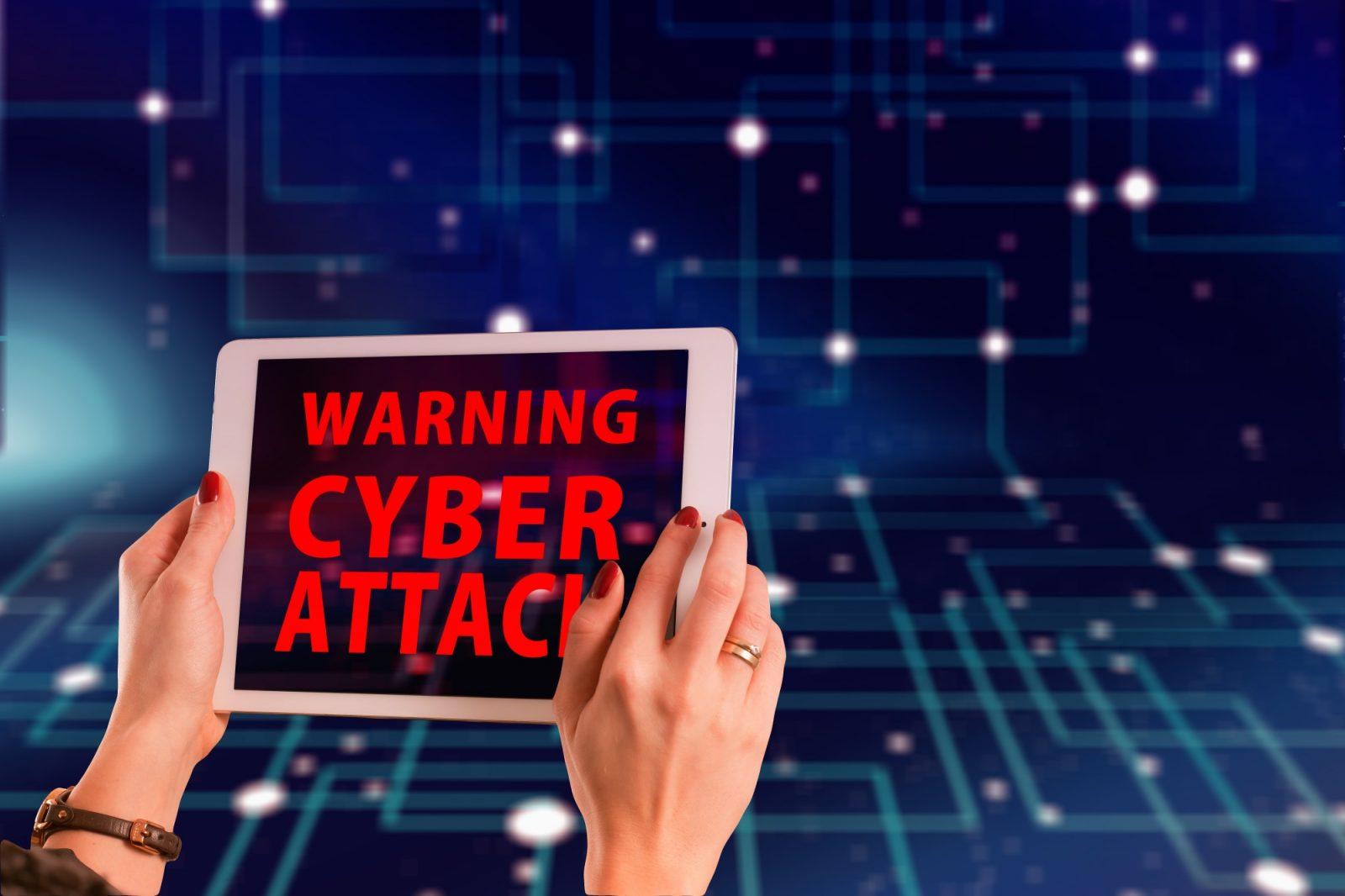 Safety First! How to Protect Your Smartphone From Viruses

How secure are your phones? If you have an Android device, you’re more vulnerable to viruses than iPhone users. That doesn’t mean iPhones don’t get phone viruses, though.

All smartphones are at risk, especially if the user is unaware of the proper ways to avoid getting a virus. Also, consider the number of threats to mobile security today.

Some of these threats are good at hiding, so you may not even know your phone has an infection right now. You can minimize the risks of getting one, though, by following our tips below.

1. Update Your Phone to the Latest Version

An update doesn’t only introduce cool new features. It also improves the overall performance of the phone and fixes any issues. But its most important function is to make sure your phone has the latest security features.

Hackers are always looking for ways to get into your phone. They’ll exploit any weakness they find.

Before they find any, developers will try to look for weaknesses in the system themselves. Tech corporations even have an in-house team of hackers whose job is to discover these flaws.

Once they’ve identified these weaknesses, they can then patch them up. And when they do, they release an update so your phone can enjoy the patch, too.

By not updating your phone, you leave it vulnerable to hackers gaining access to your device. You also risk getting a virus hackers made to exploit the flaw.

Apple has the App Store while Android has the Google Play Store. These official app stores have a strict system to filter out malicious apps.

Google, in particular, screens 2 million apps per week to look for PHAs (potential harmful apps). These are the apps that can pose a danger to the user’s device or privacy.

Third-party app stores may not have the same security standards. In some cases, they don’t screen the apps that end up on their catalog.

We’re not saying that these stores are not safe at all, though. Some apps here are safe to use. Some developers and users even prefer using it than the official ones.

Third-party stores provide a great opportunity for developers who can’t afford the fees to publish an app on iOS and Android, for instance. However, they also provide the same opportunity for apps containing malicious code.

Once you install a harmful app on your phone, it may be able to extract your sensitive details. It might get your passwords, financial information, and contact details.

Through such an app, hackers can determine your location, make calls to your contacts, and more. Some apps may even destroy the data on your phone.

Others, while not as malicious, are still problematic. Corporations may use such apps to track your usage habits. They do this to sell the information to advertisers.

This is an invasion of privacy, and it’s no secret that such apps may also be lurking in the official app stores.

3. Be Careful When Installing Apps

That’s the reason why you still need to be careful when you install an app, wherever you got it from. Before you decide to download an app, do your homework first.

Learn more about the developer; you can find this information on every product page. More often than not, the page contains a link to the developer’s website. Visit it to gauge the credibility of the vendor.

If there’s no link or it doesn’t work, use Google to see if you can find information about them. While doing so, you may also be able to find reviews from other people.

You should also read the app permissions first before installing it. These are the permissions needed by the app to perform its function.

Review all the permissions first; an app with a long list should already trigger some flags. Simple apps like Sudoku games shouldn’t need too many permissions if they even need any.

It’s going to be annoying, but for an extra layer of security, set up a password for your downloads. This means the app store will ask for your password for each app you want to download.

This is more of a protection from outsiders. Anyone can get a hold of your phone. Once other people get through the lock screen, they’re free to download anything from the app store.

These other people may not have the same scrutiny toward apps as you do. They may download a PHA not on purpose, making your phone vulnerable. That’s on top of them buying an app on your account without your knowledge.

Children who are unaware of the risks can also become a culprit. This is why parents have all the more reason to protect their downloads with a password.

You can set up this protection through the Settings of your phone. Look at the App Store section for starters. You may also set biometrics authentication, like fingerprints or Face ID. These options aren’t as cumbersome as typing out your password each time.

5. Use Passwords for Your Phone, Too

While you’re at it, make sure to enable passwords or any form of authentication on your phone, as well. This will keep out most individuals out of your phone. They won’t even have a chance to download malicious software for you.

This also protects your personal apps and sensitive information from prying eyes. A phone virus isn’t your only worry when it comes to threats. People can mess up your phone or get information by getting their hands on it.

If you lose your phone to a thief, you’re giving away your information for free, in essence.

6. Install an App Against Phone Viruses

Antivirus apps take care of most of the security measures for you. It alerts you when you visit a harmful website. It also scans apps for malware and your whole phone for security risks.

Each time it detects a threat, it warns you and stops whatever is causing the threat.

It may also scan Wi-Fi networks to identify which ones are under attack and compromised. Connecting to such networks can leave your phone open for attacks. The app will urge you to reconnect to a secure one instead.

You can most likely set up a regular schedule for scanning for a threat or a virus on phone devices. Some also come with more features, like battery boosters, automatic backups, and such. It may even come with a call and text blocker that protects you against spam.

Don’t worry, you’ll be able to turn on and off these features as you like.

You have to be careful here, as well. Not all antivirus products can do what they claim to do. Read reviews on Google to find the most trustworthy ones with extra features you may like.

7. Look Out for Fishy Links from Emails

Whichever app you use, a dedicated email app or a browser app, be careful when opening links from your email. Phishing emails are still common; in fact, they’re still a major threat to computer users. It’s also growing; phishing attempts are up by 65% this year.

There are many ways to tell a phishing email from a safe one, though. First off, look at the email handle and domain.

Most emails try to look professional by making it look like it came from reputable companies like Microsoft and Apple. How will you know if it’s spam or a legit email?

A legit email will have a domain like microsoft.com or apple.com. Most phishing emails, on the other hand, have a public domain address like gmail.com or outlook.com.

They may, however, use a handle like microsoft@gmail.com to throw you off. It will most likely have a misspelling, though. If you look at it, you’ll discover it reads along the lines of microsooft@gmail.com.

These take advantage of people not paying too much attention, so make sure to look out for that.

Some other warning signs to look for include:

8. Be Careful When Browsing the Internet

Malicious websites can attempt to install malware onto your device. Be careful of any site you visit. It should have HTTPS security certificates, which state it has updated malware protection.

HTTP certificates aren’t safe anymore. Most browsers will warn you when you’re entering a site without the proper certificates. If you get this warning, bailout.

Beware of pop-up ads, as well. Some of them will say you won something or that you need to install something to protect your phone.

All of them will convince you to click a button. While most pop-up ads are annoying at worst, the ads we described above are dangerous. Get out of websites that give you pop-ads like this and those that give you too many of it.

Some websites will also redirect you to a malicious website on automatic or when you click something. Close the tab right away and don’t visit the website again.

When you connect your device to a Wi-Fi, you make it susceptible to the threats affecting the network. If an infected device is in the same network, the virus might be able to attack your device through the network.

Aside from that, cybercriminals may also intercept the transfer of data through the network. It’s called the man-in-the-middle or MITM attack.

They can gain access through a security flaw in the system. This allows them to collect information about you.

Doing this, they can get your login details, credit card information if you bought something, purchases, and even your browsing habits.

Some Wi-Fi hotspots might be rogue, too. These are the ones hackers themselves have set up to lure in unsuspecting users. They often disguise a rogue hotspot as a legitimate one by naming it the same way.

Once someone connects to the hotspot, the hackers can then intercept the data. They can also inject malware into that someone’s device.

How do you protect yourself against it? A good antivirus app will be able to detect such threats. A VPN might also be useful.

However, the best way to protect yourself from these threats is to avoid using public hotspots at all.

Can iPhones get viruses? You might have heard that iPhones don’t get phone viruses – and that’s true for the most part.

This is because the operating system itself – the iOS – has a design that makes a virus useless. It’s one of its main advantages over Android phones, which are susceptible to malware.

It restricts the communication between apps and between the app and the OS. Doing so reduces the risks of a virus and prevents it from doing damage to the device.

It's app store has a pretty secure system, too. Any malicious apps that Apple approves for publication are far and between.

The biggest threat to iPhones are worms, which almost exclusively targets jailbroken iPhones.

Jailbreaking takes down the iPhone’s high-security walls that many users find to be restricting. With a jailbroken phone, you can install outside apps, customize the OS, and more.

However, the risks aren’t always worth these features. As we said above, jailbreaking leaves the iPhone vulnerable to worms plus you won’t be able to install the latest iOS updates, which contain the latest security features.

What happens if your device is already full of phone viruses, though?

Don’t worry, we’ll fix it in no time. Let us have a look at your phone and we’ll see what solutions it needs. You can start by contacting us today for any questions.