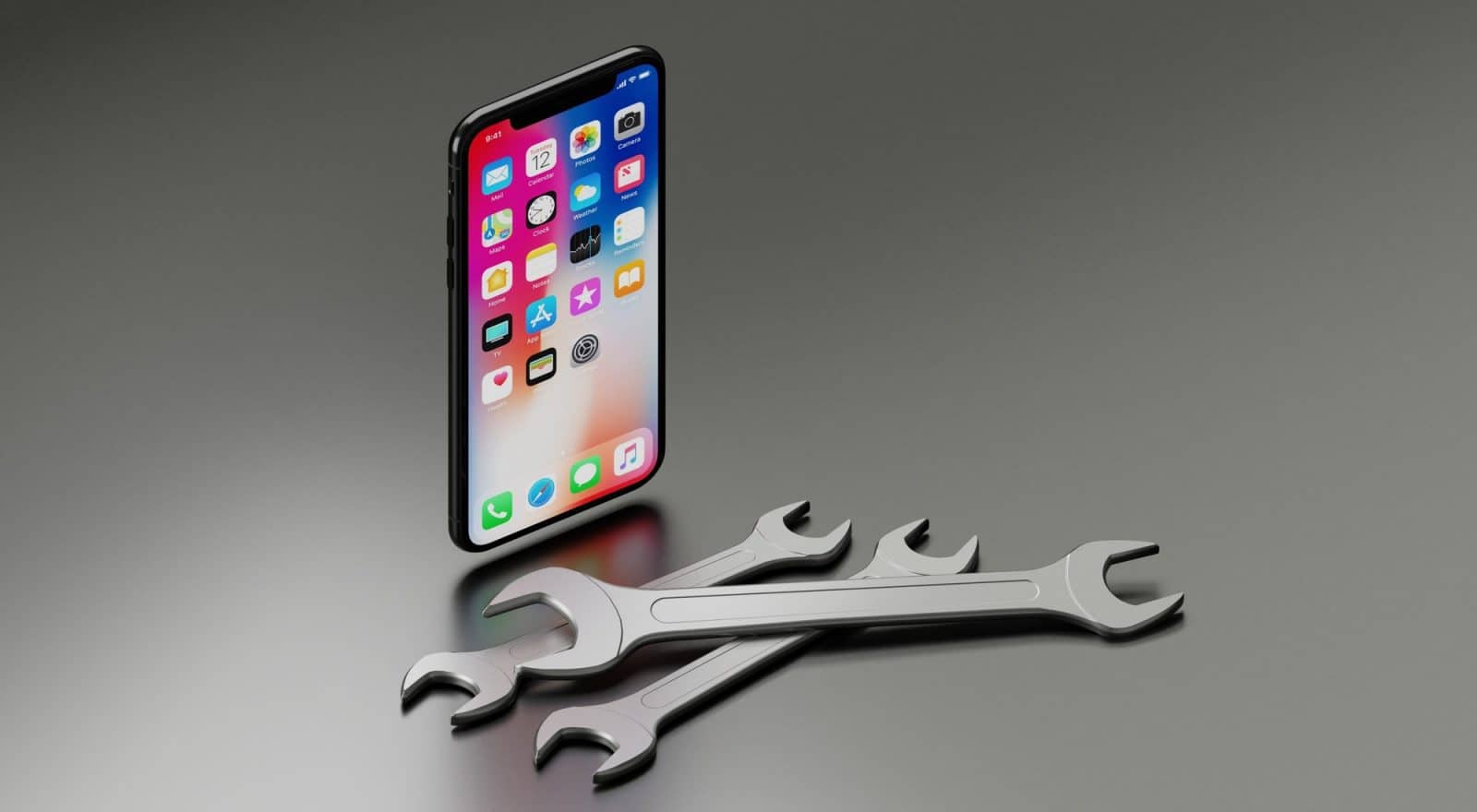 Oh, God, not this. The last thing you need is your iPhone messing up on you. You’ve shelled out too much of your hard-earned cash to have this happen, and it needs to be fixed – fast.

Except there’s a bit of a problem. You aren’t much of a tech wiz, so when it comes to carrying out an iPhone repair you don’t really know how to make it happen.

So what do you do? Go to a computer specialist to have them repair it for you? Or maybe dig deep into your pockets and find a way to purchase another iPhone altogether?

While these may seem like a simple solution, they’re also quite costly. What’s more, you may not even need to spend it in the first place.

Why is that? Because the problem you’re having with your iPhone is most likely an easy problem to fix. So easy, in fact, that you can do it all by yourself – and that’s exactly what we’re going to teach you to do.

How to Take Care of Your Own iPhone Repair

We’ve listed some of the most common problems that people experience with their iPhones, and given solutions that we know will work. Keep reading and find out how you can bring your phone back to working condition.

Your iPhone Froze and Won’t Turn Off

As iconic as Black Panther’s T’Challa saying “I never freeze” may be, it’s clear that our smartphones can’t follow suit.

All smartphones freeze from time to time; it’s just an inevitable part of technology. Even with all of the strides that we’ve taken in the tech world, it seems that that freezing is just something that naturally happens with phones. It seems to be any computer’s natural reaction to a majority of the problems it may face.

That being said, there are a number of reasons why your smartphone may freeze, and we’ll go through a few of them.

Your App Did It

The first reason why your phone is frozen is that one of your apps may have caused it to crash. This is a direct result of your app being greedy and taking up too much space.

All modern computer devices have something in them that’s called Random Access Memory, or RAM. This RAM is a hardware feature that allows you to run your apps faster and have an overall smoother experience.

The hardware used to create the RAM as well as other hardware and software components in the phone itself can factor into how well the RAM performs, but overall, the more RAM you have, the more apps you can open and run.

Some of the most recent flagship phones have an abundant amount of RAM, more than enough to handle pretty much any task you can throw at it. The iPhone, however, is a different story.

iPhone never has cared much about the size of its RAM. For years they’ve run off of 2 gigabytes (GB) of RAM, and only in the past year and a half have they broken the chain. Even their very latest phone, the XS Max, has only 4 GB.

They’ve tried many ways to make the lower RAM efficient in their phones, but there’s really only so much that can be done before it simply can’t handle the apps you keep loading and it freezes.

The best way to handle this is to simply power the phone off and turn it back on. This will give your smartphone a sort of hard reset by removing all app memory from your RAM.

Alternatively, you could just have an older iPhone, which is still more than enough to cause freezing problems.

Old devices are designed to run the older apps of the times. But apps and other software are constantly improving, and your hardware…well, it isn’t.

Since the older devices aren’t designed to run newer software, they’re more likely to freeze – and to freeze more frequently.

The best way to deal with this is to either run apps that take up less RAM, or to clear out the apps you aren’t using to make room for the one you want to use. Clearing out your temporary memory (your cache) can help you do the latter.

Your iPhone won’t turn off

An iPhone that won’t turn off can be annoying, but it’s a good thing that it’s not that hard of an issue to handle.

Sometimes, iPhones can be stubborn and they want to have things their way. Your phone not turning off is an act of defiance against you – but you can take care of the problem and show your device who’s boss.

The best way to do this is to conduct a hard reset.

To do that, start by holding down the volume down and the sleep/wake button. In iPhone 8 and above, you have to quickly press and release the volume up and volume down before pressing and holding the side button.

Press the Apple logo that appears on the screen and the device will restart like normal.

If your physical keys are broken and a hardware shutdown is not possible, you’ll have to go about turning it off through software. To do this, you’ll have to do this through your settings and activating AssistiveTouch.

Go to Settings on your phone, then go to General, and then to Accessibility. Afterward, tap “AssistiveTouch” and turn it to “on”. A new icon should appear on your screen which is your virtual home button.

Using this new home button, tap it and then tap “Device”, then tap and hold the lock screen until the Power Off slider shows up. Move the slider like you usually would to turn off your phone.

In rare cases, it may be due to the fact that you have a broken screen that’s not responding to any of your touches. If that’s the case, you’ll need to get it repaired by a professional, and afterward, you should be able to power it off.

Your iPhone Won’t Power On

If your iPhone won’t turn on, it most likely has to do with the battery itself. A good ol’ fashioned charge should do the trick.

Take your phone and plug it up to the charger. Don’t worry about turning it on; in fact, it can charge faster when it’s off than when you try to power it on. After about an hour, try turning the phone on. Your phone should power up then.

If that doesn’t work, it may be that your charger cord or plug isn’t working properly. Try using another iPhone charger, give it another hour, and then try to boot up the phone then.

If the problem still persists, you most likely have a hardware problem that’s beyond your expertise to fix. Take your phone to an iPhone store and see what they can do for you.

Your iPhone Camera Is Not Working

Over the years, the software and hardware that power the iPhone’s camera has become incredibly complex. With that complexity, however, iPhone users may have to deal with a bit of confusion as to how things work.

Your camera may not be responding to you because your phone may be restricting the processes. If your camera is restricted, it can’t carry out any processes. Luckily, this is a problem that can be easily fixed.

The first thing to try is cleaning out your smartphone. Your phone is a mini computer, and in many ways can be cleaned out as such.

Go to your Settings, then go to “General” and click on “Restrictions”. Make sure that the “Allow Camera” option is turned on; if not, make sure to switch it.

While you’re at it, you should go ahead and hit “Disable Restrictions”, so you can remove all restrictions that may be placed on any other phone apps. Doing this should make sure you don’t have to worry about this problem again.

If the problem still persists, try powering off and powering on your phone to allow the camera app to reset itself. You can go a step further by conducting a hard reset as we’ve discussed in earlier problems.

If none of this works, you most likely have a hardware problem with the camera itself. Take your iPhone to a repair center and see what they can do.

What’s life without Siri? A very complicated one, that’s what.

Siri is the iPhone assistant we’ve all come to know and love, and it’s made a big impact on how we learn and get things done. It’s understandable that you would feel confused or annoyed that it has suddenly stopped working.

One of the first things you could try is to clean the microphone on the bottom of the device.

There’s a good chance that Siri is still there, but you just can’t hear her. Cleaning the microphone (use a microfiber rag first, then run over it with a lightly dampened cloth) should take care of it.

If that doesn’t work, try toggling Siri instead. Doing this works like a reset option specifically for the Siri program itself, so you won’t have to restart the entire phone.

Go to “Settings”, then hit “General”, and then hit “Siri”. Turn the Siri program off and wait for 30 seconds before turning it back on. Siri should be up and running smoothly for you.

What If It’s Still Not Responding?

If you’ve done this and Siri is still unresponsive, you can try to reset your network. The idea may seem crazy, but Siri runs off of your carrier’s network program, so there’s a good chance that your providers may be to blame.

Go to “Settings”, then to “General” and then click on “Reset”. You should see an option that says “Reset Network Settings”. This will reset your network and data settings and should allow you to have access to Siri once more.

If all else fails, you may have to reset your entire device to factory settings. Make sure to back up your files before you do this, however, so you can have access to your important things afterward.

Go back to the “Reset” section, but instead of network settings you’ll want to go to “Reset Factory Settings”. Follow the instructions so you can quickly and easily reset your device.

While these may not be all of the problems you run into with your iPhone, these steps cover the most common problems you may experience with your device. Following the steps should insure your device will be working good as new.

Now that we’ve gone through the most common problems that people experience with their iPhones and how to conduct your own iPhone repair to fix it, you should have no problem looking after your device.

However, if the problem persists, it may be more serious than you may think. If that’s the case, you’ll want to have the matter taken care of quickly and efficiently by someone you trust. Luckily for you, we’re the right ones for the job.

Here at Tech Castle, we cover all things technology, and we make it our goal to take care of our customer’s needs. Satisfaction is our biggest priority when we’re working with you, and every job we do will meet the standards you deserve.

We do servicing and repairs for a wide range of tech gear, including PCs, laptops, cell phones, tablets, and more. We also offer you the opportunity to buy tech merchandise like computers, monitors, and laptops.

Still have questions? Need to talk to us? We’d be more than happy to hear from you. Just reach out to us and we’ll help you to answer any questions you may have. We look forward to hearing from you soon.